Hey folks! I am very excited to announce that Jay Goodwin of The Rare Barrel and I have cooked up a crazy idea: Crowd Source a Sour Beer to be brewed and sold! Yes this is a beer YOU can be directly involved in creating! He and I have 2 great platforms to educate and reach people interested in sour/funky beer. I’ll be on The Brewing Network Wednesday 11/9/16 at 5pm PST to talk discuss this project in depth, in the meantime below is the initial info on what we have planned.

Our main goal with this project is to drive discussion of sour beer making techniques and philosophies. From brew day, to fermentation and aging, and all the way through packaging and bottle conditioning, you’ll be able to not only follow the process with unprecedented access, but actually be able to influence the final outcome of the beer! What? That’s crazy. We know this beer will be a Logistical Nightmare (

Yazoo Brewing Company and The Rare Barrel are thrilled and proud to announce we’re embarking on a very exciting new collaboration project. Joining together our resources as sour blenders, we plan to enlist the help of the sour beer community to create what we believe will be the very first crowdsourced sour beer! With input from other pro brewers, home brewers, and sour beer lovers, we plan to open up the entire process of collaborating on a sour beer to the public. This unique collaboration joins together two sour programs in Embrace the Funk (Yazoo Brewing Company) and The Rare Barrel, but also two sour beer communities very close to those programs: Milk the Funk (the online sour beer community Brandon Jones of Yazoo helps run) and The Sour Hour (the Brewing Network podcast hosted by Jay Goodwin of The Rare Barrel). “When Brandon and I started cooking up this idea, it seemed a little crazy. It still seems crazy” said Jay. “The sour beer community is a really involved and active community though, so we thought they’d have a blast participating in this project and that’s when we decided to just go for it!”

When Brandon was asked why he’s interested in this collaboration, he said “I think one of the neatest aspects of this project will be the education during the different steps of the recipe creation process. The ability to reach an engaged audience plus have them involved in what brewhouse limitations, considerations and legalities we as commercial sour brewers/blenders see on a daily basis will provide a unique global learning experience.”

Through Milk the Funk and The Sour Hour, the sour beer community can follow along and participate in the creation of this beer from scratch. From brew day, to fermentation and aging, and all the way through packaging, passionate sour lovers will be able to not only follow the process with unprecedented access, but they’ll actually be able to influence the final outcome of the beer.

For more details, make sure to follow @YazooBrew, @TheRareBarrel, @embracethefunk, Milk the Funk and The Sour Hour!

About The Rare Barrel: The Rare Barrel is an all-sour beer company located in Berkeley, CA. Established in 2012, The Rare Barrel has continued to aged 100% of their sour beers in oak barrels. Jay Goodwin, co-founder at The Rare Barrel, is also the host of The Brewing Network’s podcast called The Sour Hour. For more information, visit http://www.therarebarrel.com. 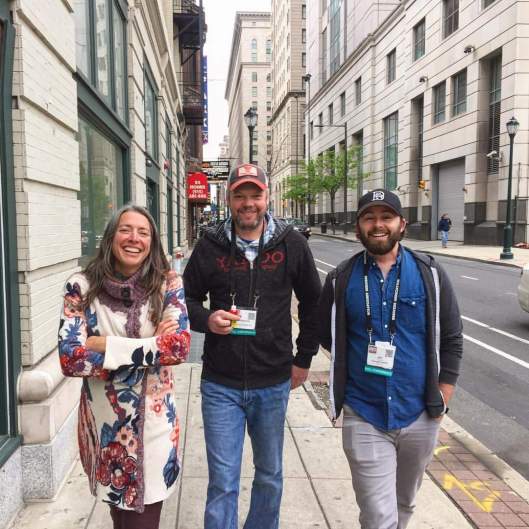